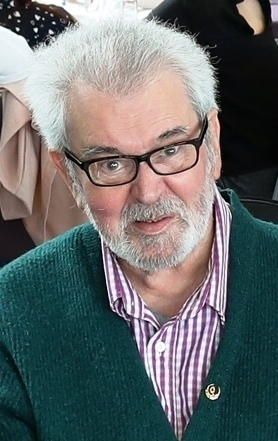 It was with great sadness that we at Muscular Dystrophy Ireland (MDI) learnt of the passing last Friday 6th March 2020 of former Chairman, Board Member, Director and friend of MDI, Derek Farrell.

Derek first became involved with Muscular Dystrophy Ireland (MDI) in the mid 1980’s and he was appointed as MDI’s first Director (CEO) in 1987.  Up to this time, there would have been very limited support services provided by MDI as we were a relatively new and unknown organisation with few resources.  MDI would have primarily raised funds for research which would have been forwarded to our sister organisation in the UK.

After his appointment as Director, Derek would have been instrumental in helping to implement one of MDI’s first five-year plans to help ensure the growth and development of our organisation.  He played a key role in the development of the initial pilot project which led to the employment of MDI’s first Family Support Worker in 1988.  He also helped to develop MDI’s administration services through the employment of permanent staff in 1988/1989 who have been working at MDI to this day.

In 1989, Derek left MDI and went to work for the Disabled Drivers Association (DDAI) where he was Chief Executive Officer until his retirement in 2006.  Throughout this time, he always remained in regular contact with MDI and provided valuable support and advice when required.

In 2007 Derek once again became more actively involved with MDI and at the AGM in 2014 he was elected to the position of Vice-Chairperson and held this position until his retirement in 2017.

Derek’s involvement with MDI over the years has undoubtedly helped to shape and direct the path in which our organisation has taken since his involvement.  He will be sadly missed by all who knew him.

On behalf of Muscular Dystrophy Ireland, its community, staff and board, I would like to express my deepest sympathy to Derek’s wife Olga, his children, grandchildren and extended family.