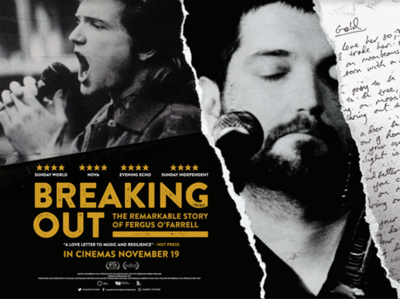 MDI staff, Elaine McDonnell, Jimmy Murray, Darren Lyons and Sheila Murphy were delighted to attend the preview screening in Dublin of Breaking Out.

Breaking Out is the remarkable story of Cork born singer-songwriter Fergus O’Farrell, the charismatic voice of Interference, one of the most compelling and influential bands to emerge from the Irish music scene in the 1990’s. He was best known for his timeless song 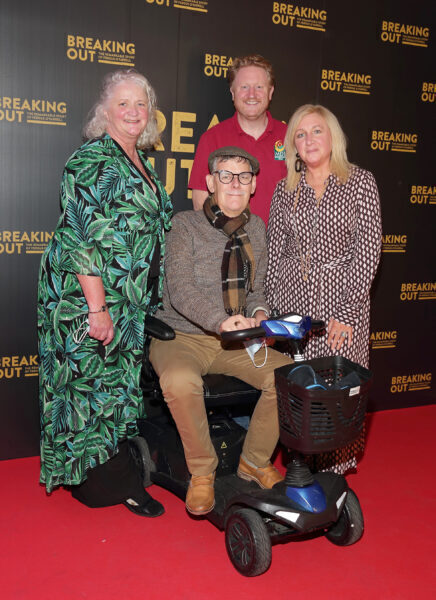 Elaine McDonnell, Jimmy Murray, Darren Lyons and Sheila Murphy from Muscular Distrophy Ireland pictured at the Dublin preview screening of Breaking Out at the Light House Cinema.,Dublin.
Pic Brian McEvoy Photography
No Repro fee
Breaking Out is in cinemas from November 19

“GOLD” which featured in the soundtrack to ONCE, the Oscar winning film and multi-Tony-award-winning musical.

Fergus was diagnosed with muscular dystrophy at a young age. His unique talent and love for life inspired a generation of songwriters.

The film has won several awards and has been hailed by Screen Daily as “deeply affecting” and “a privilege to watch”. This intimate journey into the heart and soul of the late Fergus O’Farrell was filmed over ten years by director Michael McCormack. Breaking out will be in Irish cinemas from 19 November. You can watch the trailer here https://www.youtube.com/watch?v=bRVwQN3UXVI